Five years after losing his partner, Noah Coleman lets Andy Lane into his life and the life of his daughter, Emily. Emily and Andy obviously adore one another, but can Noah handle it when his feelings of friendship for Andy become something more?

For this story, I wrote Andy, who is the manager of a toy store by day and a Bluegrass musician by night. His band, the Big Biscuit Bottoms, are hired to play an “Anti-Valentine’s Day” gig at a local bar, and I had way too much fun compiling the set list. Rather than go for songs about heartbreak and betrayal, I decided to use songs dealing with the end of a romance… via murder.

What amused me most is that I found so many, I had to narrow the final list down. Not all of the songs I chose involve murder, but they are all unconventional takes on love and romance. In case anyone is intrigued, I’ve compiled a list (with videos!) below.

END_OF_DOCUMENT_TOKEN_TO_BE_REPLACED

Our first holiday story of the season is now available! Last Leap of the First Foot is set in 19th century Scotland during Hogmanay, and it focuses on Iain and Bran, lifelong friends who are realizing they both want more.

Iain Donaldson and Bran MacRae have been best friends since childhood, despite Iain being part of the gentry and Bran a mere crofter’s son. Iain’s feelings of friendship have deepened over time, and he suspects Bran might share his inclinations—and Hogmanay may be the time to confess feelings. As the old year becomes the new, Iain keeps his promise to first-foot at the MacRae cottage, and Bran takes the opportunity to bare his heart—will it be enough to overcome the challenges to their budding relationship?

“Last Leap” is part of Dreamspinner’s Heartwarming holiday anthology, and it’s on sale now – 58 pages for $3.99!

To enter your chance to win free e-copies of the entire Recipe for Romance series — the three previously published novellas plus “Cinnamon and Seduction” — visit our giveaway link: http://www.rafflecopter.com/rafl/display/6b17bb6/

Ghost of a Chance is now available from Torquere Press!

Dr. Mason Beaulieu thinks rival ghost hunter Haywood “Fort” Fortenberry is sexy but too credulous when it comes to the paranormal. Fort thinks Mason is attractive but too cynical. When they’re offered a chance to be locked up in reputedly haunted Wisteria Grove on Halloween night, however, both men jump at the chance.

Storms and mysterious sounds keep them busy during the night, and they discover a mutual respect for each other’s skills. As the investigation continues, Fort learns the truth behind Mason’s seemingly dismissive attitude, and Mason finds a new appreciation for Fort’s open-mindedness. But when an unexpected intruder derails the investigation, they learn that more than just hunting ghosts can offer them thrills and chills.

Wisteria Grove is loosely based on the Myrtles Plantation, which is considered one of the most haunted places in the US. Ari and I had both heard about the plantation-turned-B&B, and we both want to stay there overnight, although we’re in total agreement that we wouldn’t sleep a wink! Personally, I’d love to participate in a ghost hunt one day, but I’m not sure I’d want to start my ghost hunting career at The Myrtles. I’d probably need to work my way up to that!

As we kick off the Halloween season, we hope “Ghost of a Chance” gives our readers a few chills and a few thrills. 😀

We’ve received a release date from Dreamspinner Press for our historical Western novel! Heart of Stone will be released on June 3, and it’s now available for pre-order in e-book and paperback format!

Stone Harrison never knew he had an aunt; he certainly never expected her to bequeath him one of the largest spreads in central Nevada. But something about Copper Lake Ranch and its foreman, Luke Reynolds, speaks to him, offering a chance for the home he’s never really had.

Luke wants Stone to succeed as a rancher and put the legacy of his shiftless father behind him, but he’d also like Stone to share his bed. Unfortunately, Stone is convinced that the world is a harsh place that will never accept two men sharing their lives. Much to Luke’s dismay, he refuses to risk Luke’s life despite the intense attraction they share.

The tension between them escalates when a series of calamities strikes Copper Lake. An unexpected and unwelcome visit from Stone’s dandified cousin, James, only makes things worse. Stone’s ability to run the ranch comes into question, but the threat of losing it means less to Stone than the threat to Luke’s life. Stone will do anything it takes to protect the man he loves—even if it makes him a murderer.

Dreamspinner Press has added Daily Dose: Make A Play to their Coming Soon list! The anthology is now available for preorder, and we’ve got a story in it!

At the Coastal Carolina Highland Games, baker Martin Fletcher receives an unexpected visitor in the form of Fergus, Lyall McLannan’s escaped sheltie. When Fergus accidentally causes Martin to sprain his ankle, Lyall comes to the rescue, helping Martin run his booth at the Games. Unfortunately, Lyall doesn’t know a thing about baking, but he manages to avoid both disaster and Martin’s wrath by attracting patrons with his and Fergus’s showmanship.

Martin accepts Lyall’s invitation to stay in his RV during the fair, getting to know the lawyer-turned-Highlander he’s watched from afar. Martin is captivated by Lyall’s charm… and the tantalizing view of him in a kilt. Entranced by Martin’s dedication to his work and love for Fergus, Lyall sets out to woo him with starlight and bagpipe music, because he’s discovered opposites can attract and love can be found in the most unexpected circumstances.

Our next story, “The Whole Kit and Kaboodle”, is coming out on April 22 as part of Dreamspinner Press’ Closet Capers anthology. Since we’re only about a month away from the release date, we thought we’d share a little sneak peek!

Our protagonists are Grey Harris, a history professor, and Henry Adams, head of the special collections area of Hartwell University’s library. Sparks flew from the moment that Grey and Henry met, but Henry has been inexplicably reluctant to acknowledge, much less act on their mutual attraction, which has intrigued and frustrated Grey for the last two years.

Sneak peek snippet after the break!

END_OF_DOCUMENT_TOKEN_TO_BE_REPLACED

Fortune’s Slings and Cupid’s Arrows is out today! And later we will be announcing the winner of the free copy!

When shy attorney Kevin Anderson draws Erik Wilson, his hunky co-worker, in their office’s secret gift exchange, he realizes this might be just the opportunity he needs to make Erik notice him. Erik seems to enjoy the game of twelve days of naughty gifts, but can Kevin overcome his fear of rejection enough to go through with his plan and offer himself to Erik on Christmas Eve?

END_OF_DOCUMENT_TOKEN_TO_BE_REPLACED

On the Rocks is now available from Dreamspinner Press for $3.99! It’s 73 pages and comes in the following formats: .epub, .prc, html, pdf.

For years, Mal has given Aidan a little piece of the world for special occasions in the form of unique rocks and fossils—until the year he gives Aidan a piece of the moon instead. Aidan has treasured every gift: in a world of impersonal relationships, they’re the one reminder he has that somebody out there cares about him for who he really is. Then through a twist of fate, their relationship goes beyond personal and into intimate, leaving Aidan shocked and set to run the other way. Despite his feelings for Mal, past experiences have convinced Aidan that he’s a failure at relationships, and he’s afraid to trust his heart. It just might take a Christmas miracle for Aidan to find the courage to love.

END_OF_DOCUMENT_TOKEN_TO_BE_REPLACED

#voilaaiartist — 18th century style portrait of me. I like it!
Achievement unlocked: second Covid vaccination shot 💉 #vaccinationdone✔️ #covidvaccine
This is about as much decoration as I’m doing this year. Ho ho ho.
#worldofwarcraft #torghast I mean, you can blow up jars and run through multiple floors, not to mention the similar aesthetic 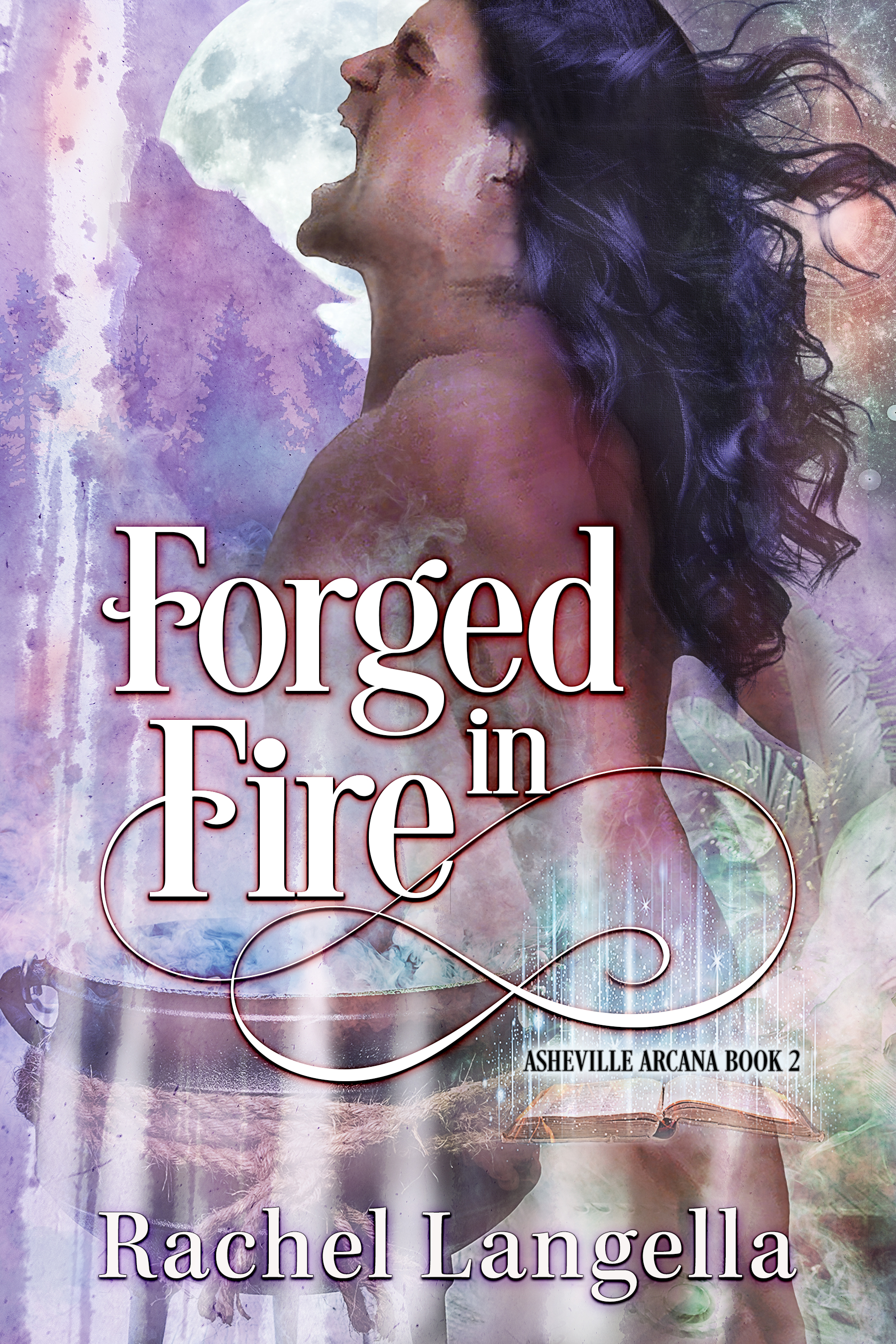